Huge congratulations from the club to Innyvale athlete Casey Mulvey who has recently been confirmed as the new Ulster record holder for the Senior and Junior women's shot putt and discus events.

Casey's performance in Split, Croatia on the 8th May 2021 delivered her not one but two Ulster records simulainiously. Her throw of 15.62metres set a new benchmark in both the Junior and Senior women's shot putt. And on 31st July, Casey did likewise in the discus, reaching a new distance of 45.71m at the Mary Peter's Track in Belfast to break the Junior and Senior records.

Casey also holds both the Junior and Senior category records for indoor shot putt, having produced a throw of 14.69m at the National Indoor Arena in Abbotstown, Co. Dublin on 20th February this year.

Innyvale Athletics Club continues training every Tuesday at 6.00 to 7.00pm in Dr. Plunkett Park, Kilnaleck. We take children age six and over for a mix of sprints, distance running, jumping and throwing events. Registration is €20 per child, capped at €50 per family. Registration forms available at training.

With the sunset creeping ever closer as the weeks go by, we ask that parents please come up to the main gate to collect their kids after training as they cannot be seen waiting in the car park in the dark.

Innyvale AC's Casey Mulvey achieved the qualification standard for the 2021 European Under 20 Indoor Athletics Championships in the National Indoor Arena in Abbotstown, Dublin last Saturday, 20th February. The NIA played host to what Athletics Ireland dubbed a micro meet for elite athlete, taking the place of the National Indoor Track and Field which was cancelled due to the pandemic restrictions. Casey performed well in the senior women's shot putt, sending the 4kg weight out to 14.69m and finishing in second place in a closely matched competition. The Euro U20s are scheduled to take place in Tallin, Estonia in mid-July.

As always well done and we are incredibly proud of you Casey!

Casey finished in third place in the discus with a best throw of 41.17m. In a tight contest in the shot putt which saw the top four finish within less than a metre of each other, Casey's throw of 13.66m secured her another bronze medal. And she went one better in the women's weight for distance event, sending the 28lbs implement out to 6.67m, again in a very close completition.

As the country comes out of lockdown, some sporting fixtures have been able to resume and Athletics Ireland held a Jumps and Throws Festival on the 8th of August in Santry's Morton Stadium.

The event saw junior and senior athletes competing in a single group and Innyvale AC's Casey Mulvey took part in two events, with very strong showings in both. Casey's opening throw of 14.46m in the shot putt turned out to be the winner among the 3kg weight used by the juniors and was the furthest of the event. Casey was also second overall in the discus event, with a best throw of 35.10m seeing her as the top placed junior athlete.

Athletics Ireland is running a series of free webinars over the coming weeks:

Also, Cavan Sports Partnership are hosting a online Sports Psychology Workshop with Nollaig McCarthy from MindFit via Zoom at 7pm on Wednesday 29th April. Register at this link : https://www.members.webs.com/MembersB/editAppPage.jsp?app=blog&pageID=359471443#blog/entries/48155028/edit

On the advice of Athletics Ireland and the Government, all group training sessions are cancelled indefinitely. We know this will be disappointing to many of our members but we hope that everyone understands the need to prevent groups of children physically interacting with each other, particularly in a club which heavily uses javelins, shot putts, relay batons etc that are handled by all as well as the number of children at our training.

We hope everyone stays positive and supports each other during this time and of course practices their social distancing, staying two meters away from each other. The more of us who do this, the shorter the Government restrictions will have to be. We look forward to seeing everyone safe and well once things return to normal.

We hope everyone is managing well during these times and all are safe and well. Keeping occupied at home for long periods can be difficult but if you are stuck for ideas for the kids or adults, here are a few links to different ideas. 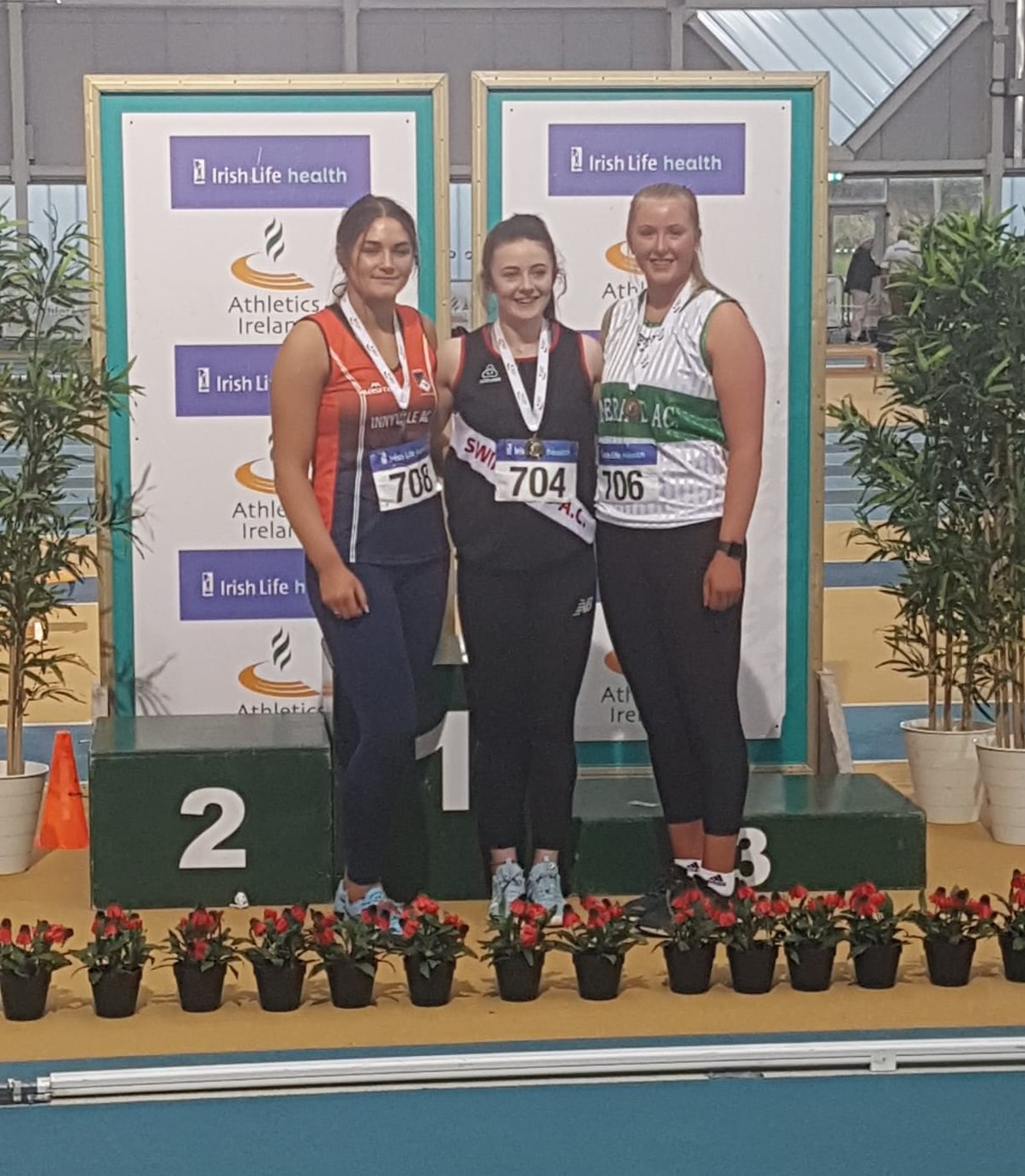 The first of two days of the Cavan Athletics' Spring League took place on a Sunday 23rd February at the PeaceLink track in Clones. The crisp but dry winter's morning saw a wide variety of Cavan's athletes in action, from the youngest age groups right up to masters category. Innyvale AC had a good turnout from our athletes with 15 children taking part in the various races, jumps and throwing events, many of them for the first time.

In the Under 9 events, the theme of the day was silver. Kaitlin Shaw and Flynn Acheson both had a fine run in the 60m sprint, with both finishing in second place. Both then went on to earn another silver medal in the long jump.

In the U11, Ciara O'Reilly and Bethan Stokes finished second and third in their heat of the 60m, with Haley Ashe in the top five of her heat. Ciara and Bethan went on to finish second and third in their final. Eanna Clarke was unlucky to miss out on a top three finish in the boys sprint, which saw a very tight contest all the way to the finish, but he still finished in the top five.

Liam Briody had a good run in the U12 boys 600m race, coming home with a bronze medal for third place. Gráinne Gilroy took part in the shot putt where she won the first of two gold medals, the other coming in the 600m event.

We hope everyone enjoyed the event and well done to all who took part, regardless of where you finished. Thank you to the parents and coaches for bringing them. The next day of the Spring League is Sunday 15th March in Shercock and will include relays. We hope to build on this weekend and field relay teams for the event.

Congratulations also to Casey on her inclusion in the nominations for 2019 Anglo Celt Sports Awards. The winner of the paper's September Sports Award, you can vote for Casey to win the overall 2019 award by calling 1516 306 009. All you have to do is call the number and once answered the vote will count.

Cavan Spring Development League takes place on Sunday 23rd February at the PeaceLink track in Clones from 10.30am. This event is open to all age groups and entry cost is covered by the club. Please indicate if you intend to attend the event as entrieshave to be in by this Friday. This is a development athletics day and medals are awarded on the day

The second day of the Sportshall for Under 9 to U11s is on Sunday16th February at St. Macartan's College in Monaghan Town (beside Lakeland Dairies, click link below for map). Please note the time has changed from the note given out last week. Anyone going please be there for 2pm, event should last about 2 hours and is €2 per child.

Sportshall is a fantastic event for younger children to try out athletics in a non-competitive and no pressure environemt, with athletes taking part in a series of sprints, relays, jumping and throwing events and is a great event for those who have taken part in a competition.

The 2020 Ulster Indoor Track & Field Championships were held at the National Indoor Arena in Abbotstown over the weekend and on Sunday 4th February our own Casey Mulvey took part in the shot putt event. Throwing the 3kg weight out to 14.13 metres, Casey not only took the gold medal in the Under 18 age group, but according to the results she had the best throw of all age groups, including the senior women.

Well done Casey and best of luck in the All-Ireland's next month.

A small group of Innyvale athletes took part in the Cavan Sportshall competition on Sunday 19th January in Breffni College, Cavan. Joined by athletes from across Cavan and from Monaghan Phoenix AC, our squad of under 9 to 11s had an enjoyable morning of athletics featuring a mix of sprints, jumping and throwing events, finishing with team relays. The Sportshall events are all about fun and providing a low pressure introduction to competition and there will be a second event in mid-February.

Well done to Haley, Flynn, Kaitlin, Ciara, Bethan and Tynan, as well as everyone else who took part today and we hope you had a great time. And thank you to those who helped out with the kids today. Photos from the event can be found in the club's flickr gallery, which can be accessed from the home page. 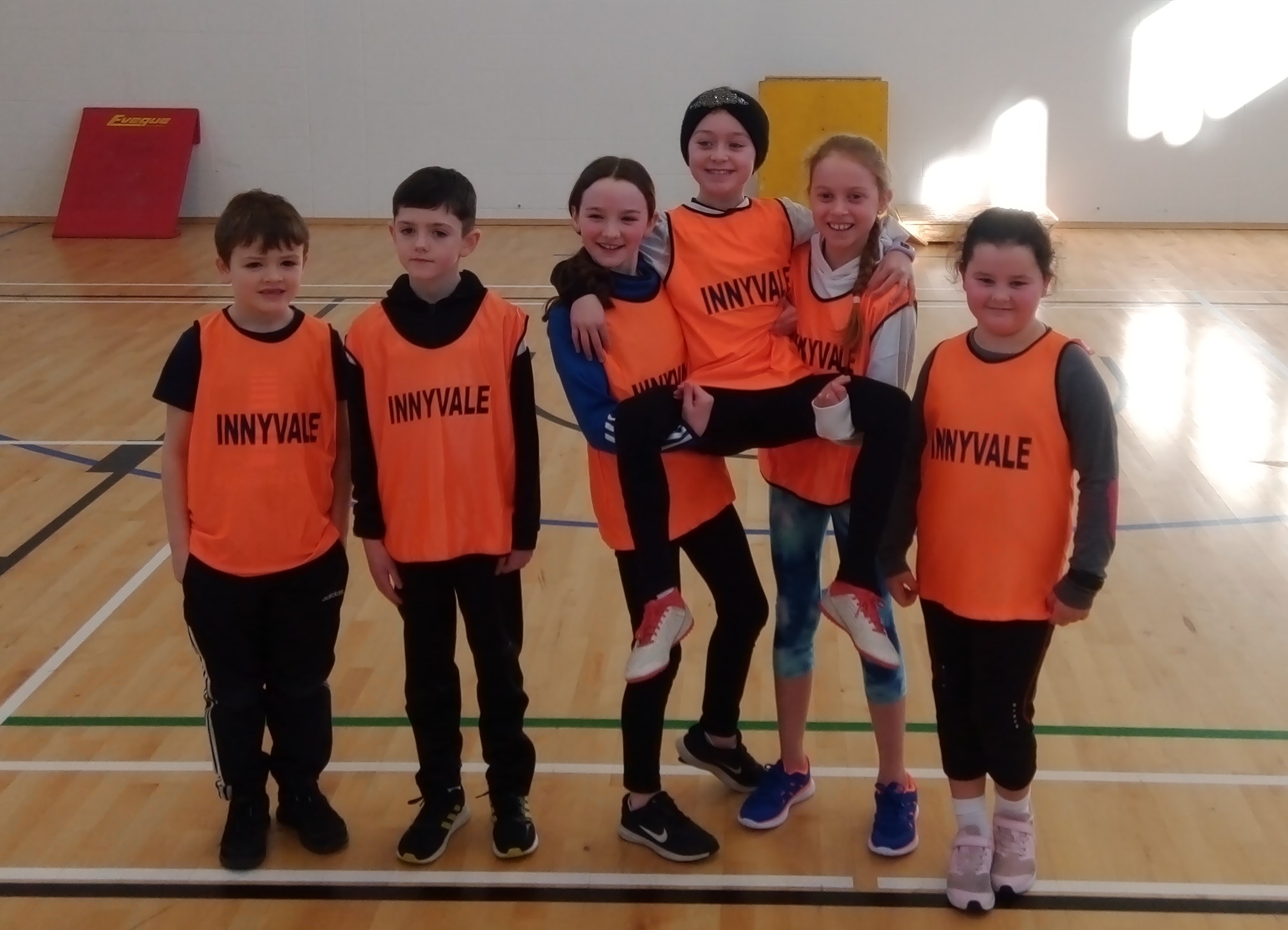 Training will finish up for the year on Tuesday 17th December and will return on Tuesday 7th January 2020. If anyone has not already done so, please give your contact number to Simon or Louise at training so you can be added to the club's WhatsApp group to recieve news on training etc.

Thank you to everyone who supported the club's sponsored walk on 3rd December. Regardless of the size of any individual contributions, thank you everyone for your committment and support of the club.

There will be a Cavan Sportshall competition on Saturday 19th October, starting at 11am in Breffni College Cavan. This is an indoor event for under 9 to under 12 age groups featuring a mix of running, jumping and throwing events, finishing with team relays and is intended as a fun, low pressure introduction to competition for new athletes as well as those who have been to many events before.

Those who took part competitions before the summer did very well with strong results across all events. We hope to continue to build on this with a good turnout and encourage all athletes to take part. 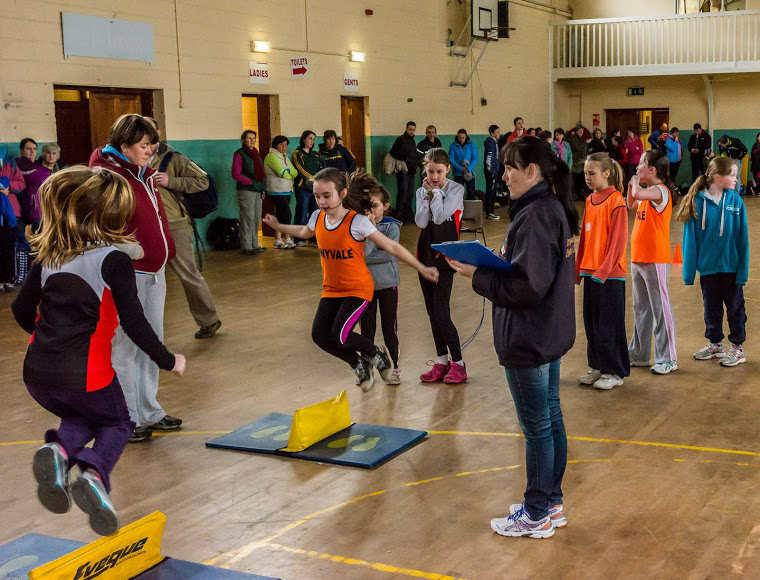 There are a number of coaching courses coming up in the next couple of months. Anyone interested in doing the course please contact Simon or Des. The club covers the cost of courses for our coaches.

There will be an athletics workshop in KIlnaleck Community Hall on Wednesday 11th September from 10am to 1pm, delivered by Athletics Ireland's regional development officer Dermott McGranaghan and focused on the Sportshall programme in schools.

The club extends our deepest sympathies to the family, friends and clubmates of Shercock A.C. athlete Craig Lynch on the tragic passing of the talented and much loved young man over the weekend. Removal Wednesday morning 11th September to arrive at St Patricks Church Shercock for Funeral Mass at twelve o’clock. Burial afterwards in the adjoining cemetery.

May he rest in peace.

There will be a Level 1 athletics training course on 18/19th October & 1/2nd November in Shercock. This takes place at 6.30-9.00pm on both Fridays and from 10.00am to 5.00pm on the Saturdays. Great chance for anyone looking to get coaching qualification/upskill relatively close to home. Anyone interested in doing the course please contact Simon or Des, or else you can register for it onhttps://eventmaster.ie/event/VQ9CERTwv" target="_blank"> Eventbrite. Registration closes 7th October and cost is subsidised by Cavan Sports Partnership for applicants from Cavan, €50 which is half price. The club covers the cost of courses for our coaches.